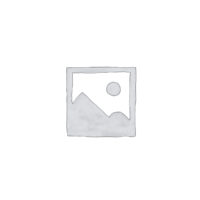 Expertise in managing organizations, projects, and assessing readiness to implement

E-government/Leadership in a Networked World Managing Projects to Success

Ministry of Social Affairs and Labour, Sana’a, Republic of Yemen

The Deputy Minister of Labour Force

Some of the accomplishments and tasks preformed as the deputy minister are:

Some of the accomplishments and tasks preformed as the dean of the college are:

The Dean (The President)

Sana’a Community College is a state funded college. It is the oldest and largest community College in the Republic of Yemen. It caters for some 2000 full-time learners distributed in 11distinctive programs in the three year diploma and two programs at the four year technical Bachelor program level. Some of the accomplishments and tasks preformed as the president of the college are:

Some of the courses taught in upper division are:

The Accounting and Financial Management Information System (AFMIS) Project is a World Bank funded project is designed to address three major parts of public finance management reform; those are budget preparation, budget execution, and accounting. The World Bank in Washington D.C nominated me for the position. Some of the tasks preformed by the Executive Director are:

The government of Yemen is conducting a Civil Service Modernization Project (CSMP), which comprises, among other components, the computerization of a Financial and Accounting Management Information System (AFMIS), supervised by the Ministry of Finance and funded by the International Development Agency (IDA). AFMIS is designed to address three major parts of public finance management reform; those are budget preparation, budget execution, and accounting. Some of the tasks preformed are: