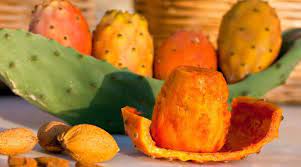 Prickly pear (Opuntia ficus-indica L.) is a member of the Cactaceae family originally grown in South America, and the plant is now distributed to many parts of the world, including the Middle East. The chemical composition and biological activities of different parts of prickly pear, including cladodes, flowers, fruit, seeds and seed oil, were previously investigated. Oil from the seeds has been known for its nutritive value and can be potentially used for health promotion. This review is an effort to cover what is actually known to date about the prickly pear seeds oil extraction, characteristics, chemical composition and potential health benefits to provide inspiration for the need of further investigation and future research. Prickly pear seeds oil has been extracted using different extraction techniques from conventional to advanced. Chemical characterization of the oil has been sufficiently studied, and it is sufficiently understood that the oil is a high linoleic oil. Its composition is influenced by the variety and environment and also by the method of extraction. The health benefits of the prickly pear seed oil were reported by many researchers. For future research, additional studies are warranted on mechanisms of action of the reported biological activities to develop nutraceutical products for the prevention of various chronic human diseases.
Click to download

Sana’a University announces the Entrance Examination Results for the Faculty of Medicine and Health Sciences(Nursing), General System, for the academic year 2021-2022 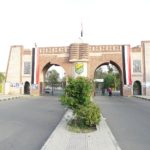 Sanaa University mourns one of its most prominent scholars, Dr. Yusef Muhammad Abdullah