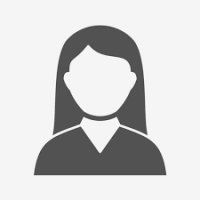 Fatima Bakhit is an assistant professor at the Faculty of Languages, Sana’a University, Department of Persian Language, and a member of the Yemeni Media Women Forum, and the Society for Development and Social Development.

I got my PhD from the University of Educati, teacher of Tehran, I also got my Masters from Ferdowsi University of Mashhad, and my bachelors degree from Sana’a University, College of Arts.

I have attended many courses in English language and computers, as well as workshops in several fields. I participated in many volunteer and humanitarian work in the face of aggression. I have many researches and articles. I also translated a grammar book from the Persian language into Arabic with many articles, with a website affiliated with the University of Educate Mawser.

Bachelor of Arts in the Department of Arabic Language in 2005 (Sana’a University).

– Master of Arts in the Department of Persian Language in 2008 (Ferdowsi University), my thesis under the title: (The Book of Ferdowsi and what has been written about the Shahnameh in Arabic literature)

– PhD in Comparative Literature, Department of Persian Language 2013 AD (University of Turbait, teacher), my thesis entitled: (The meaning of the title in contemporary Arabic and Persian poetry: a comparative study in the poetry of six poets, Nima, Shamlou, Shafi’i Kadkani, Al-Sayyab, Al-Maqaleh and Darwish)

-The second meeting of the Association for the Promotion of the Persian Language and Literature – Ferdowsi University (Mashhad) 26-28 / August / 2007.

– The Sixth International Symposium of Professors of Persian Language and Literature – University of Tehran – 14-15 / January / 2009 .

-The International Conference for the Promotion of the Persian Language and Literature – Allama Tabatabai University (Tehran) – 17-18 / January / 2012.

– A training course on gender-based violence and providing psychological support to the displaced in a state of emergency, during the period 26-28 / July / 2015, at the Yemeni Women’s Union.

– A training workshop on concepts of gender-based violence and providing psychological support (a training workshop for IDPs and IDP camp supervisors), during the period 16 -18 / August / 2015, under the auspices of the Yemeni Family Welfare Association and in cooperation with Oxfam Netherlands.

– A training course entitled: Peace Building Program and Dissemination of the Culture of Dialogue in the Educational Environment, during the period 24-27 / 10/2015, under the auspices of the Education Office in Amanat Al-Asimah and in cooperation with UNICEF.

– The first: In Mashhad, Pag Magazine, First Year, Fourth Issue, Winter 1387, under the title: (Ferdowsi and his global epic in Arabic literature).

– The second: Malaysia, International Conference on Human Sciences and Culture in the Era of Globalization: Its Future and Challenges, 12-14 October 1910, under the title “The Significance of the Title in the Poetry of Nazik Al-Malaika and Nima Yoshig).

– The third: in Tehran, International Journal of Human Sciences, Nineteenth Year, Issue 20 (1), autumn 2013, entitled: “Semiotics of the title in my poem“ Magic ”by Ahmad Shamlou and“ A Night Overflows from the Body ”by Mahmoud Darwish (a comparative study).

– The fourth: In Iraq, Journal of Translation Studies, Issue 97-98, Summer and Fall 2012, entitled: A comparative study of the title in the poetry of Nima Yoshij and Badr Shaker Al-Sayyab in terms of the impact of environmental and social factors.

– Fifth: In Lebanon, Journal of Literary Studies, Fall, Winter and Spring 2011 – 2012, serial number 76, 77, 78: titled: A study of the transformation of the title phenomenon in Persian and Arabic poetry from its inception until today.

– Sixth: In Iraq, the Journal of Translation Studies (in press): Its title is: The Semiotics of the Night in the Poems of Abdulaziz Al-Maqaleh and Shafi’i Kadkani: Oh Night, and the Night in Any Darkest Side is a Model.

– The seventh: In Tehran, the Journal of the Iranian Scientific Society of Arabic Language and Literature, (in press), under the title: “The Significance of the Title in“ Risalah from Exile ”by Mahmoud Darwish and“ Risalah ”by Ahmad Shamlou (A Comparative Study).

– The eighth: In Tehran, the International Conference on Women in the Islamic World in the Last 100 Years, entitled: The Role of Yemeni Women in the February 11 Revolution, December 17-18, 2013.

– I wrote the book The Mercenaries and Their Role in the Saudi-American Aggression on Yemen, 1438.

– I have published dozens of articles in newspapers and social media on various topics.